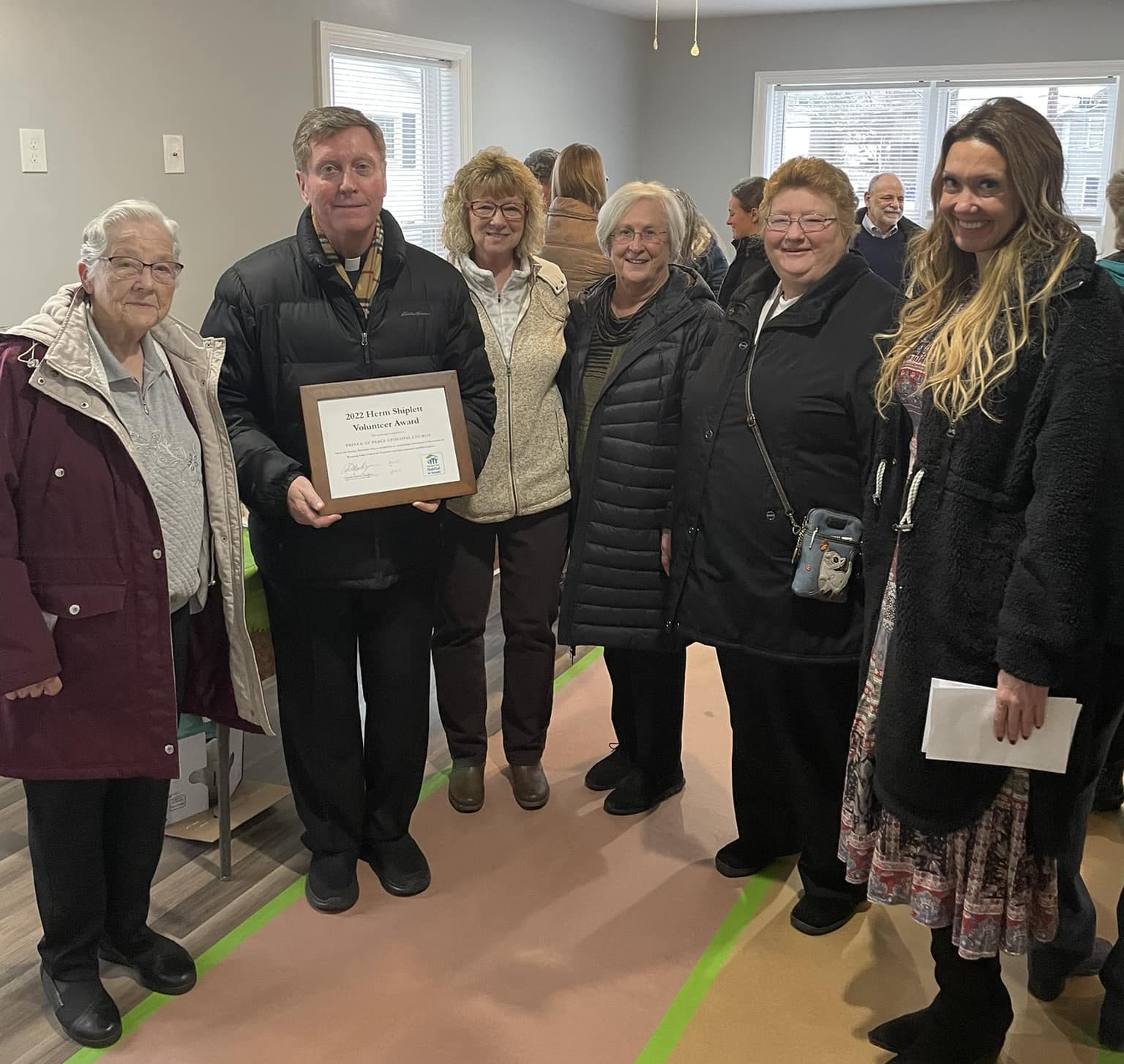 (Pittston, Pa.) During its most recent home dedication on December 11, 2022, Wyoming Valley Habitat for Humanity also recognized the recipients of four volunteer awards. One of these awards is coined the “Herm Shipplet Volunteer Award” and, this year, Prince of Peace Church was the recipient.

The Herm Shipplet Volunteer Award is given to a WVHFH volunteer who has demonstrated an outstanding level of commitment to and unselfish support of our local Habitat affiliate during the past twelve months. The award is named after the late Herm Shiplett, who was the unofficial ‘Site Director’ on four of our earlier projects.

Prince of Peace Church has donated lunches to our volunteers four times a year since 2015. Members of the church meet every quarter to prepare homemade food for our volunteers and they then deliver these lunches directly to the building site.

You may donate now using Paypal.